This site got its start from emails my brother and me use to exchange. Here is one his ride reports from 2007.

There I was looking over the paper stacked on the dining room table, trying to make heads and tails of nasty appraisal reports, when I came across a REI 20% of coupon and my $20 dividend. Cripes the 20% off runs out today. I could sure use new bicycle headlight that mounts to my helmet. That would make for a good excuse to wear the stupid helmet. Lets see $120 minus 20% that's $96 minus $20 that's like close to 70 bucks.  Divorced with no one to bitch at me for buying stuff I hardly need.  Wonder what my pet marv is doing. Mom's day, did that yesterday. Hotter than Hell. The wind is blowin' 40mph. Good day to test run the URAL? I'll have plenty of time to push it home if I start now.

Marv's busy, family stuff. Fill up at SA, I ain't running out this time. Head out on 212. Shit it's windy.  This thing only goes 50. I guess its the Isle of Man route to Bloomington. North on 261 east on County Road 3/34 with the long arc's of the back roads to Young America. North to Baylor Park and around the Lake. County Road 32 to Waconia. North Shore Road around Waconia. Cold on the north side. White caps on the lake. Opening fishing and one boat on the lake. No windsurfers, whats up? Turn to go into St. Boni. Down wind. This thing starts to run like crap. Missing on the right side. It doesn't like being pushed by the wind. As long as its struggling it runs good.  Turn on the back streets of St. Boni towards Halsteads Bay on Minnetonka. I'm wearing the KD's and people keep wavin' an the dork with the sidecar. Cruisin' into Mound on 110, nobody at the beach. I take 125 on to the island and into Navarre. This bike hates lugging in town and fouls a plug. Stop at a church parking lot and swap the plug out. The good thing is everything is easily accessible. No scun up knuckles, even with my old Skidoo tools. Fires right up. Seems to run better at higher r's. County Road 19 into Tonka Bay and Excelsior. Waiting at the light on Highway 7 the thing starts running on the left side again, hardly able to pull away from the light. I open the throttle wide open to try and clean the thing out and starts running on two again. I guess this bike is made for Joey, "wide open and look at me." I run Highway 7 for a couple of miles and turn south on 101 for Excelsior Blvd. South on Shady Oak, under and over the Crosstown to Valley View Drive, Braemar Blvd, Gleason Road, 78th Street, East Bush Lake Road, 84th Street and Bloomington city streets to REI. "Isle of Man".

Found a head light for $80 bucks. Called Derrick. He had just started the grill in South Mpls. So pick up a steak and head on over. I spent the next hour or so discussing Joey's up coming vasectomy. I guess we are going to have a fund raiser, selling little black ribbons with hammer and anvil charms.

I decided to take Minnehaha Parkway out of the city. I checked the gas and decided to refuel on Cedar Avenue. $12 = 4 gallons = 60 miles = 15 mile per gallon. That's just not right. I coulda taken the motor home. But hey all the black folk had fun wavin' at the dorky white guy on the "old Russian" motorcycle with the sidecar.

I took the parkway to 50th to Interlachen and back to Excelsior Blvd. Rolling past Shady Oak Road I notice traffic slowing down. Suddenly they all stop. I grab all the brake I can. This thing ain't gonna stop. I dive right and figure out the problem. God damn dumb black and white dog is running in circles in the intersection. I rev the engine and get the dogs attention. He runs in front of me and into the ditch. "Loud pipes save lives?". Missed him by that much.

South on 101 into Chanhassen. Back roads to Chaska and Victoria. Got stuck taking a little gravel. That washboard stuff sucks. The dam thing just goes where ever it wants, bounces off the tops and shakes the shit out of ya. All you can do is let off, turn and try again. Couldn't hardly get over 40 on the gravel, it was kinda like skiing with moguls. Just pretend you are in control and wear dark glasses so no one can see your eyes are closed.

I found some more tar and popped out on 212 by Bongards. I had had enough fun for one day and decided to Cannonball home. Wide open. Yep all of 60 mph. But she finally ran smooth and on both cylinders.

No runnin' out of gas no pushin'. Another successful expedition. Next time photos 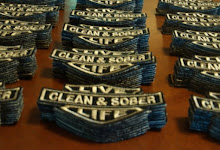 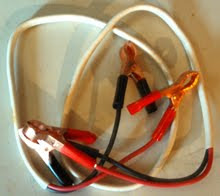